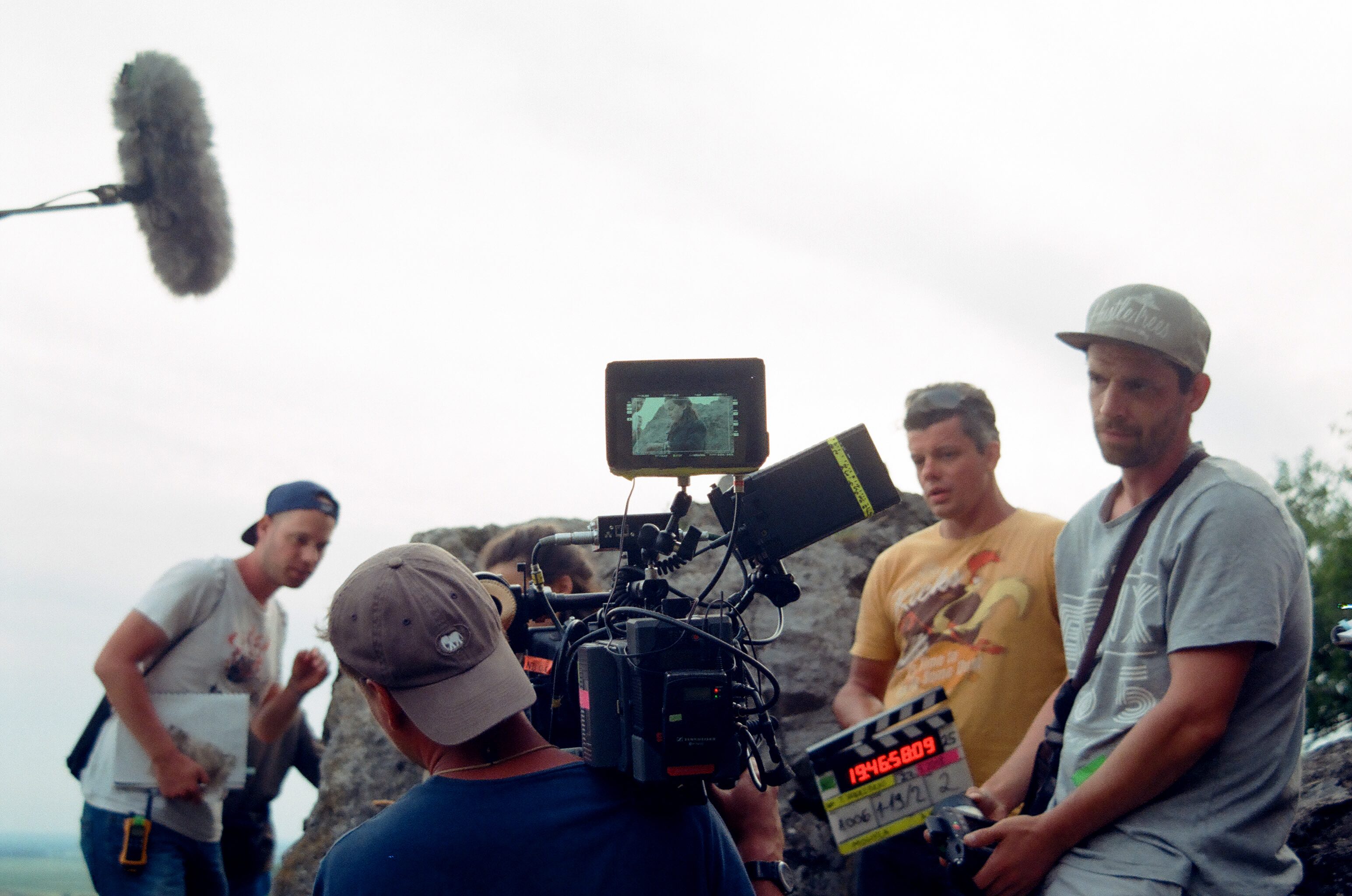 The purpose of the “48hour film making challenge” is to create a short film within 48 hours.
We want participants to familiarize themselves with the basics of a storytelling, film language and the way various film tools influence the story they are going to show. It is supposed to be a simple story, thanks to which they will be able to focus on how to tell it in a right way.
Our goal is to make them interested in the film as such, to feel that everyone can be a filmmaker and that everyone can express themselves through art. We want participants to work in groups, because it is fundamental to work and communicate with the others on film projects – teamwork.
At the beginning of the workshop we will show a few examples of the types of shots from popular films and talk about the meaning of film language and tools we can use. Next, we will analyze all together one scene from the film chosen by us. This part is made to start the participants’ creativity and let them believe that their ideas can be realized in the film. We also want participants to feel that they can always ask tutors for advice at any time during the creation of the film and consult each stage of film making.
During the shooting, they will be present, but they also want to give creative freedom to the participants so that they can have the feeling that they are the true creators of their works. We plan to make a festive screening of films at the end of the festival, combined with a dinner and long conversations about participants films.

Nicknamed Admiral is a film director and a visual artist. He studied graphic design at School of Applied Arts and graduated from Academy of Performing Arts in Bratislava in field of animation. He studied also at RITS in Brussels during his Erasmus studies and made intership at Academy of Fine Arts and Design in Bratislava. At present he´s working as a freelance film director of fiction, documentary and also animation films, music videos and commercials. As a visual artist he deals with illustration. Besides of that he is also co-founder of the international animation festival Fest Anca for which he was working as a program director for 6 years. In 2014 he was selected for Berlinale Talents. In 2015 he started his own production company called Admiral Films. His short films and music videos were screened at many international film festivals and has won numerous awards, for example Golden Egg at Kunstendorf – festival of Emir Kusturica or Sun in the net (Slovak Oscar). In 2019 he directed his first feature film “Mohyla” which was shot by cinematographer Tomasz Wierzbicki.

The 5th year student of the Lodz Film School, which has been placed among the top 15 film schools in the world by The Hollywood Reporter. Author of cinematography for documentaries and short feature films screened at several film festivals (Palm Springs Film Festival, Camerimage, Gdynia Film Festival, Krakow Film Festival, Warsaw Film Festival to name a few). He was awarded Polish Society of Cinematographers Award for the best cinematography at the 59th Krakow Film Festival. He has worked as a cinematographer for Luca Guadagnino (Oscars nominee director for Call me by your name) on Armani / Laboratorio project in Milan, Italy in 2018. As a student of Direction of Photography in Lodz he crafted his art under tuition of eminent cinematographers: Ryszard Lenczewski, Jolanta Dylewska, Wojciech Staroń, Witold Sobocinski, Bogdan Dziworski. He made his full-length film debut with ‘’Mohyla’’ – directed by Slovak director Andrej Kolencik in 2019 (prod. RTVS, Cinetype).

We use cookies to make sure you can have the best experience on our site. If you continue to use this site we will assume that you are happy with it.OkPrivacy policy